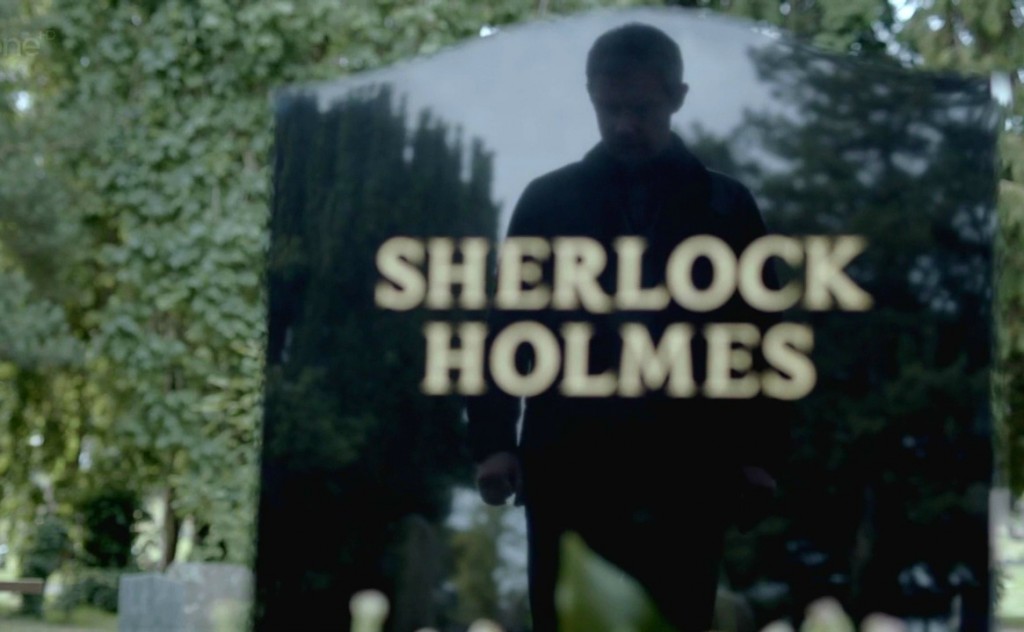 Image: Property of BBC. (A stunning and evocative bit of cinematography).

I”m finding it difficult to talk about the Sherlock episode, The Reichenbach Fall. It was, as usual, brilliant and beautifully done. The story was sharp and compelling. The cinematography was great. The acting, well, the acting was devastating. And that is why I”m finding it difficult to write about this particular episode. See, certain aspects of this episode strike me so deep and so very close to traumatic memories that it has set off chain reaction fo PTSD flashbacks. But this is good.

How is it good? Well, something has to help me deal with these things and I think a fictional character, like Martin Freeman”s John Watson, may be just the guide I need to finally resolve these things. Don”t worry. This blog isn”t going to become a downer, dealing-with-my-drama type of place. Still, I feel that given my intensely personal reaction to The Reichenbach Fall it is worth mentioning.

So. Basically. I want to say that I was inescapably gripped by Martin Freeman”s portrayal of Watson”s shock and grief at the culmination of the episode. His performance devastated me, and (an odd companion emotion) empowered me. Clearly he is another actor that I would love to work with someday. More goals!

Benedict Cumberbatch as Sherlock Holmes will most likely never cease to amaze me either. Seeing this character, a man so used to having a handle of everything, put in a position of having his hand forced. . . It was powerful and highly evocative. I could get into some of the speculation as to how he pulls off surviving his fall, but I actually want to leave it to Steven Moffat and Mark Gatiss to tell me in the third season. I will add one thing. Steven Moffat has said there”s one thing we”ve missed, something Sherlock did that was out of character. I”d like to go on record saying I believe this to be when he begs Moriarty to have a moment to himself. After all, he did tell Irene Adler, “I”ve never begged for mercy in my life.”

So this brings me to Jim Moriarty, played with gripping intensity by [Edit: BAFTA award winning] Andrew Scott. Photo!

As I mentioned in my post covering A Scandal in Belgravia, I am fascinated and enamored with Scott”s performance as Moriarty. Yes. Of course, I”d love to work with him someday too. I”m ambitious. The Reichenbach Fall allows us a chance to see into the heart of Moriarty, at least just at the end. We discover what he means by “the final problem” and I hope I”m not the only one that managed to feel sorry for him. He was a genius with drastically misguided attempts to keep himself entertained. And it was getting to him, the boredom. Sherlock Holmes was the only rival he truly had and after he beat him, at least as he believed, I believe Moriarty saw into his future and didn”t like what he saw. So he grabs the chance to deal Sherlock one final blow, to force his hand, and he kills himself.

This final act of Moriarty has sealed the fate spoken over John Watson, DI Lestrade, and Mrs. Hudson. They will die if Sherlock doesn”t. And everyone will believe that Sherlock was a fraud and that he turned to suicide to escape the shame of being exposed. And here”s the part in the episode when my post traumatic stress spikes into the red. And actually, I think the episode will speak best for itself so I am not going to talk about it. I can”t, actually.

I want to say a few things for anyone who might think it ridiculous for a person to give into their emotional response to a television show. First, I”ve heard it said that it is a testament to our humanity to be so moved by fiction. To cry or laugh with a fictional character is indicative of your strength in empathy. Second, it has been scientifically proven that watching an event happen (sports or otherwise) produces the same chemical reaction in the brain as if the viewer were the performer. Third, and lastly, a story can be full of truth even if it”s fictional. If you”ve ever been on the phone with someone who may or may not be dying, then the scene of Sherlock”s call to John would have a powerful effect on you too.

With that, I’m going to wrap this up. Perhaps I will return to certain subject here, but in all honesty I can”t really do that just now. That is how powerful the BBC’s Sherlock is for me. And I wouldn”t have it any other way.

And, Martin Freeman, I owe you so much.